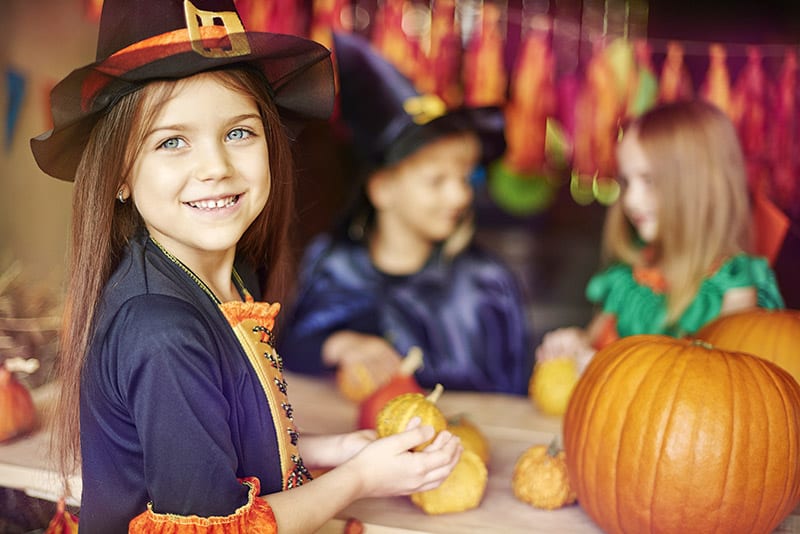 Made famous by Harry Potter, boggarts are shape-shifting spirits. They are said to be placated by families leaving them offerings, but can cause plenty of mischief if they feel slighted! Boggart Hole Clough, a park in Manchester, is said to take its name from the boggart that haunts it. In Harry Potter, boggarts are able to change their shape to whatever the person looking at them fears the most, from spiders to Professor Snape.

Will o’ the wisps

Ghostly lights seen at night, will o’ the wisps are believed to lure travellers into danger. Resembling a flickering torch, the will o’ the wisps lead people into bogs, swamps and far away from the safety of the path.

German for ‘noisy ghost’ a poltergeist moves objects around a home, creates loud noises, and generally makes a bit of a nuisance of itself. From smashing plates to levitating beds, its main aim seems to be to get noticed, rather than to cause harm. Poltergeists are believed to haunt people, rather than houses.

Not the cute fluffy animals you might be expecting, lemures are restless or vengeful spirits. They are often found in Roman mythology, and may have lent their name to the primate lemurs.

Residual hauntings aren’t spirits as much as they are imprints. Believed to be impressions left by emotional events, they are characterised by their repetition. The same scene is played, and witnessed, over and over again, sometimes years after it actually happened. Sometimes the scene is visual, other times it can be auditory – the sound of someone crying for example. The ‘spirit’ seems to have no awareness of the people watching it, and does not interact with them.

Intelligent hauntings are very different to residual hauntings. In these cases, the spirit is not merely a ‘recording’. It seems to have consciousness and may try to communicate with people. This type of spirit is believed to be that of a person who has died but not ‘moved on’ either because they have unfinished business, or because they don’t realise they are dead. Berry Pomeroy Castle in Devon is said to be haunted by two intelligent ghosts – known  as the Blue Lady and the White Lady. The Blue Lady is believed to be a portent of death, who tries to get people lost within the castle. The While Lady is thought to be Margaret Pomeroy, who starved to death in the dungeons. Visitors have reported tales of the White Lady waving to them in the dungeons.

Have a spooky Halloween!